When you listen to a recording you are hearing many things - the player, the guitar, the recording equipment, and  the acoustics of the room....but you'll still get an idea of the guitar sound from the recordings.

Some of these recordings have been up on my site for a few years, but there are many new recordings on YOUTUBE by various artists - Brad Werner (thisisclassicalguitar.com) , Brett Gunther, and Ralph Maier for example. Just do a search of Dominelli guitars to hear the instruments, including several new recordings of my double top guitars
Go to www.brettgunther.com for some good recordings on a Dominelli cedar/ ziricote traditional guitar, and a Dominelli cedar lattice/ Indian rosewood.

Jeffrey McFadden (Head of the University of Toronto Guitar Program) has uploaded to YouTube some great recordings of his 2017 Dominelli Double Top. (Cedar/ spruce top/ Indian rosewood back and sides.
Sound engineer and recordings were done by Drew Henderson.

Copy and Paste into your browser or just do a search:

Here are some older recordings done on a 2008 Dominelli lattice-braced concert classical guitar. The guitar has a cedar top and East Indian rosewood back and sides.

The recording artist is Andrew Mah.

Here is a video of Andrew demonstrating the same 2008 lattice-braced guitar used in the above recordings, although the quality of the youtube audio is not as good. 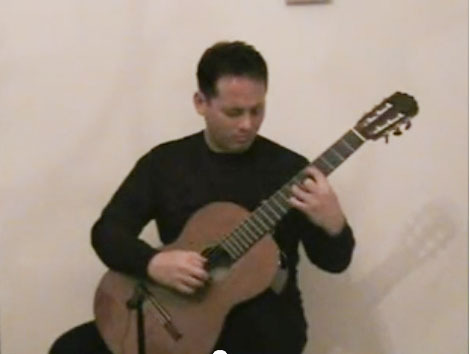 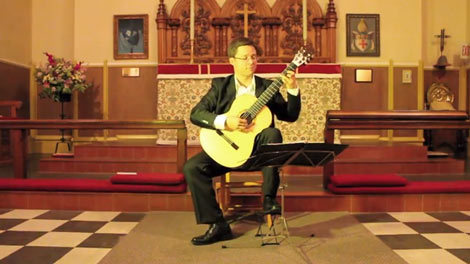 Here are a couple of recordings by the classical guitarist Adam Foster of Tallahassee, Florida. He’s playing a 2009 Dominelli lattice-braced cedar top w/ East Indian rosewood back and sides:


Here’s a video of Marcus Dominelli being interviewed in his shop by Brad Werner (Classical Guitar Canada) from January 2011: 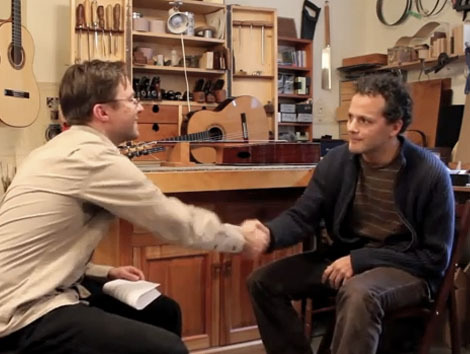